Dr. Kenneth Sim is a Fellow of the American College of Surgeons. He practices general and laparoscopic surgery in the Los Angeles area, is co-chairman of Network Medical Management which provides care for 450,000 patients in seven counties, President and CEO of two Ambulatory Outpatient Surgery Centers in the City of Industry and Alhambra, and Governing Board Member at Alhambra Hospital Medical Center where he is the Chief Surgeon of the Minimally Invasive Surgical Unit.

In October 2014, Dr. Sim merged Allied Physicians of California IPA with their main competitor, Pacific IPA, to transform the IPA model into a population manager to provide the best care at the least cost with the best outcome for 210,000 members. Dr. Sim serves as Chairman of the Board of the newly formed Allied Pacific IPA of California.

In 2012, Dr. Sim and his partners at Allied Physicians of California IPA resurrected LaSalle Medical Associates, a failing IPA in San Bernardino County. By July 2014, LaSalle Medical Associates had successfully completed its corrective action plan with the State’s Department of Managed Health Care and expanded its membership from 160,000 to 250,000, while maintaining a healthy balance sheet and earning the respect of the agency.

Dr. Sim was born in Hong Kong and grew up in Southern California. He graduated from UCLA with a degree in Biochemistry in 1976, completed his medical school at the University of Guadalajara/Loma Linda University School of Medicine in 1981, and then finalized his training as a General and Trauma Surgeon at the Los Angeles County King-Drew Medical Center in 1989.

Alhambra-based Allied Physicians of California IPA (Independent Practice Association) completed a merger with two other groups, Physicians’ Healthways IPA and Pacific IPA, which resulted in a new entity under the name of Allied Pacific IPA that has 2,000 physicians serving over 250,000 members in San Gabriel Valley. There are 500,000 members in seven counties in Southern and Central California.

Kenneth Sim, MD, chairman, Board of Directors Allied Pacific IPA and co-chairman, Board of Directors Network Medical Management, told PNN that in October 2014 Allied Physicians merged with Pacific IPA and now all three IPAs have come together. The goal is to consolidate resources and create a viable entity that will enable independent physicians to remain in private medicine and be competitive in the market where economies of scale and access to new technologies are the key.

“The market is changing so fast that every time you look around something new is happening. Business models are evolving, there are mergers, acquisitions, everything is changing so quickly,” Dr. Sim said. The government is driving the changes and this is nothing new, according to Dr. Sim, but the willingness of physicians to come out of their individual silos and work together to survive is new.

From the Health Maintenance Organization Act that President Richard Nixon signed into law in 1973, to the Affordable Care Act of today, the pressure is to contain costs while encouraging better management of care for the patients. But you can no longer do it without having the resources to take advantage of the new technologies that will bring healthcare to the level consumers expect in all other industries, Dr. Sim said.

In the past Allied Physicians IPA, Pacific Physicians IPA and Physicians’ Healthways IPA competed with each other for patients. No one wanted to talk to each other, Dr. Sim noted. This is no longer a viable model going forward. “Instead of competing we decided to come together and collaborate so we can survive together.”

New technology and innovation will be key, but individual doctors do not have resources or even time to learn about them, yet alone implement them. Yet it is technology that will be the biggest game changer and differentiator. Information technology implementation, population health management and home monitoring are the biggest challenges, Dr. Sim said. There are ideas and products out in the market, but most physicians don’t know about them and don’t have time to find out. As a group, he said, there will be opportunities and resources to address that lack.

“Patient care in the future will require greater investments in technology and other innovations. Consolidation is a way to free up economic resources that can be better invested in doctors and in the clinical management systems that take better care of patients. This is smart. This is the future: Dr. Sim’s is a novel and innovative model of exceptional clinical care that has proved scalable,” Pedram Salimpour, MD, president of the Los Angeles County Medical Association, told PNN. 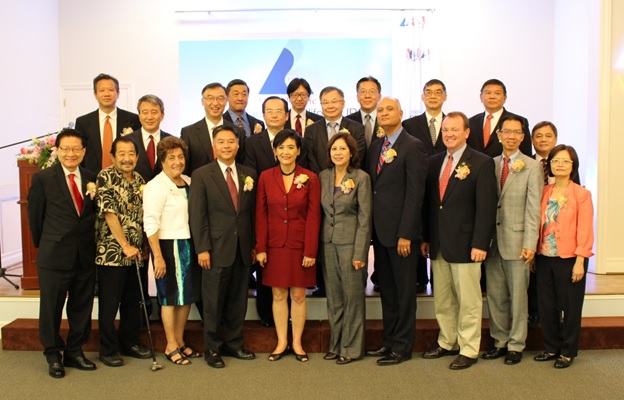